How to automate address level data mapping in Tableau

If you’re familiar with Tableau Desktop, you already know that Tableau can instantly geocode most major cities and turn them into rich interactive maps. However, addresses that are more granular than municipality (i.e., street level data) require both longitude and latitude in order for Tableau to correctly map them.

This post walks through the process of creating and integrating a python script with Tableau Prep. The script geocodes a list of addresses to longitude and latitude values using Google Maps Geocoding API. The end result is a fully automated process (all within Tableau) that allows you to visualize address level data.

This automation is possible thanks to Tableau Prep Builder 2019.3 One of the most exciting features in this release is Tableau Prep’s new ability to integrate with R and Python. This feature enables users to transform their data (add additional rows, create rankings, utilize row level calculations, etc.), take advantage of data science workflows, enrich data with third-party APIs, and so much more!

Let’s explore how we would use Tableau Prep Builder to retrieve geographic information from a Google API based on a list of addresses.

The Google Geocoding API is a service that provides address geocoding. In other words, you feed it with an address and get the longitude and latitude for that location. A Google billing account is required to use Google Maps Platform APIs and SDKs. Try getting started here. Follow the instructions and generate a Google API key. Later, you’ll need to insert this kay into the Python script. It may be useful to use the free quota of API calls to test this out.

The sample data used in this exercise contains all Starbucks addresses in the United States. The sample addresses can be found in this repository. Using other Tableau Prep steps, I’ve done some data cleansing and parsing before feeding the data into the script for improved accuracy.

The sample script is available under the file named “Geocoding.py” in the same repository as the input data. Open up the script in any editor and simply insert the unique API key generated earlier into the quotation mark for the API_key variable. Save the file, and the script is ready to run.

The script contains two functions. The first function ‘get_google_result()’ creates an API call with an input address and retrieves the geographic information via the API. The information being saved are the longitude and latitude values. The full JSON response contains additional information about the addresses. Modifying the script allows you to save more information as needed. 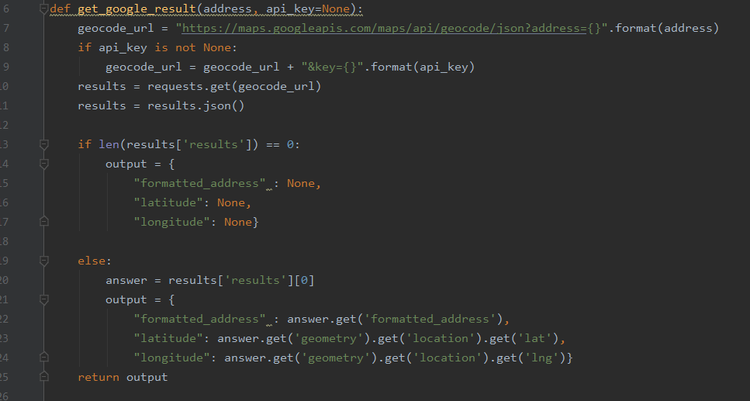 The second function ‘geocode_file()’ enables batch geocoding. This function reads in a data frame (a data type that is similar to a table), takes a column of addresses, and applies the first function to every single address in the list. This function outputs a data frame with added longitude and latitude values in separate columns. 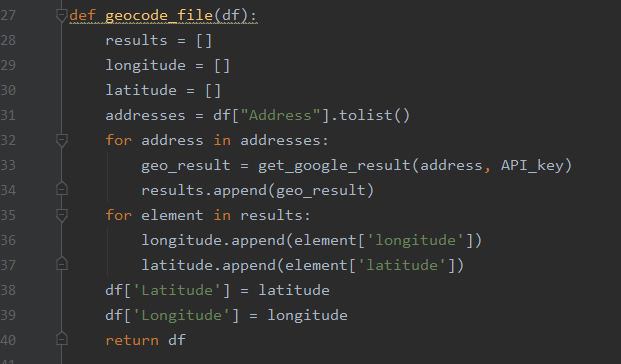 TabPy is the Tableau Python server that allows users to execute Python scripts via Tableau or Tableau Prep. Visit TabPy for more information. I would recommend initiating the TabPy server by running the startup file from TabPy before diving into Tableau Prep.

Add the Script to Tableau Prep

Starting in Tableau Prep 2019.3, users are able to add a script step to a flow. Select “Add Script” from the menu and configure the connection. Connect to TabPy, browse to the saved Python script file, and enter the function name. 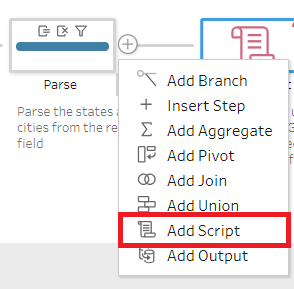 There are two output files generated from the flow: 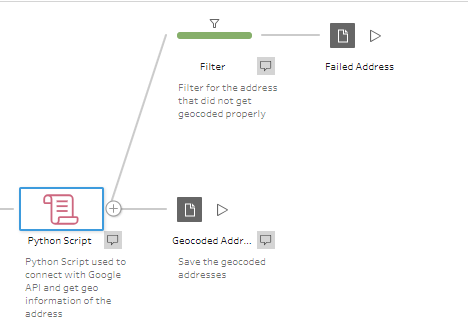 The following screenshot is an example of the primary data output:

You can now open up Tableau Desktop and analyze your data address level data using Tableau maps. Check out this example dashboard to see how we leveraged this output data.

This exercise is simple yet inspiring. A lot more can be done now that Tableau Prep integrates with Python and R. The dashboard below illustrates how precisely Tableau can map locations, such as these Starbucks stores, with acquired geographic information.

The Keyrus team is excited to announce that we’ve been named one of the top 1000 companies on Clutch’s platform in 2022! This is the second year that Keyrus has been recognized by Clutch as a top company and B2B leader.

The cloud offers new opportunities to save you time and money, allowing you to shift focus from maintaining growing servers and upgrading infrastructure to making your data work for you and the success of your business. Watch the webinar and Q&A to learn how AWS, Tableau, and Keyrus worked together to help Red Ventures migrate to a powerful cloud BI tool that created new pathways for success and a modern data culture.

Want to optimize your visual analytics in Salesforce? You need the right tools. Tableau Embedded Analytics can be used to help you build and visualize reports in Salesforce.

C&S Wholesale Grocers worked with Keyrus and Alteryx to implement an analytics center of excellence to help them efficiently and effectively achieve business objectives, maximize return on investment (ROI), and standardize best practices.

Keyrus partnered with a consulting firm to build an in-house cloud security solution that would automate their verification processes and keep their information safe.